If you do a quick Google search, you’ll find no shortage of articles claiming water’s memory is pseudoscience and that it’s simply “not accepted by the scientific community.”

If water does, in fact, have memory, we’re somewhere between the first and second phase.

Conventional science maintains it simply can’t be true. In popular media, a snowman well-known for his naivete claims water contains real memories. In the movie, this means actual scenes that can be made visible when frozen.

The latter certainly brought water’s ability to hold memories to the forefront of the public mind. Many people will likely instantly think of the movie when you mention “water memory.”

The naked truth about water and memory

Realistically, there's no conceivable way freezing massive quantities of water would be able to show you what people were doing in a particular location decades ago. Beautiful ice sculptures don’t simply come to appear.

But that’s not what water’s memory is about.

Research into water's ability to hold memories started to solidify with Dr. Jacques Benveniste in 1988. Though, research in Russia began some 60 years earlier.

In his time, Dr. Benveniste published more than 300 scientific articles about molecular biology. He was one of the most respected scientists in his field.

What he discovered about water changed the scope of molecular biology and bioenergetics as we know it. Yet his work is largely ridiculed.

You see, his team took proteins and diluted them in water until there was nothing discernible left. The original cells were completely gone.

Now, what Benveniste did is different from homeopathy. With homeopathy, there is some of the substance still remaining, there’s just very little of it. Benveniste’s water had nothing of the original protein left.

Yet when he introduced his water to white blood cells, the blood cells reacted exactly the same as if the protein was there.

Based on this single study, water does have memory and it's capable of proving it.

Despite the proof presented before their very eyes, Nature Scientific Journal opted not to publish Dr. Benveniste's research. Remember, this was one of the most published and respected scientists in the field of molecular biology. Yet his research was completely denied.

Dr. Montagnier took water's memory to higher heights than Benveniste could have ever imagined.

He started in the same spot -- showing that water could contain memories of what it used to contain.

Dr. Montagnier took a much more complex protein, DNA, and diluted it in water until no physical DNA was present. In fact, all that was present were some low frequency waves.

These waves, Dr. Montagnier reasoned, could be sent across the world and affect water over there. So he recorded the frequency with a magnetic coil, converted it into a .wav file and sent it to Italy.

When the .wav file successfully transferred the same frequency of the DNA to new water, two major leaps in knowledge were made.

The second, and more shocking, is that water can transfer its memory via sound.

What does it all mean?

Water's ability to hold memories might seem impossible and like complete science fiction. But it has everything to do with what's at the very center of the universe: energy.

What Dr. Montagnier uncovered isn't so much that water has memory, but that water can contain energy signals of previous inhabitants.

After all, sound is energy in waves. Since he was able to find DNA's frequency and create a sound recording of it, DNA must be made of energy. And water must be able to not only retain that energy signal, but also transfer it.

This is not easy for the general public and conventional scientific community to understand.

What water is really doing, though, is maintaining the information of what it previously contained. It’s how NES arrived at the name, Infoceuticals.

Just like when you read a book, you’re able to retain the information from it even though it’s not right in front of you. Water works in a similar fashion.

This research forms the basis of what NES Health does.

Peter Fraser, one of NES founders, was able to record the healthy blueprint of a liver cell, for example.

By sharing this information, Infoceuticals are able to correct the body field, often succeeding when other methods have not. 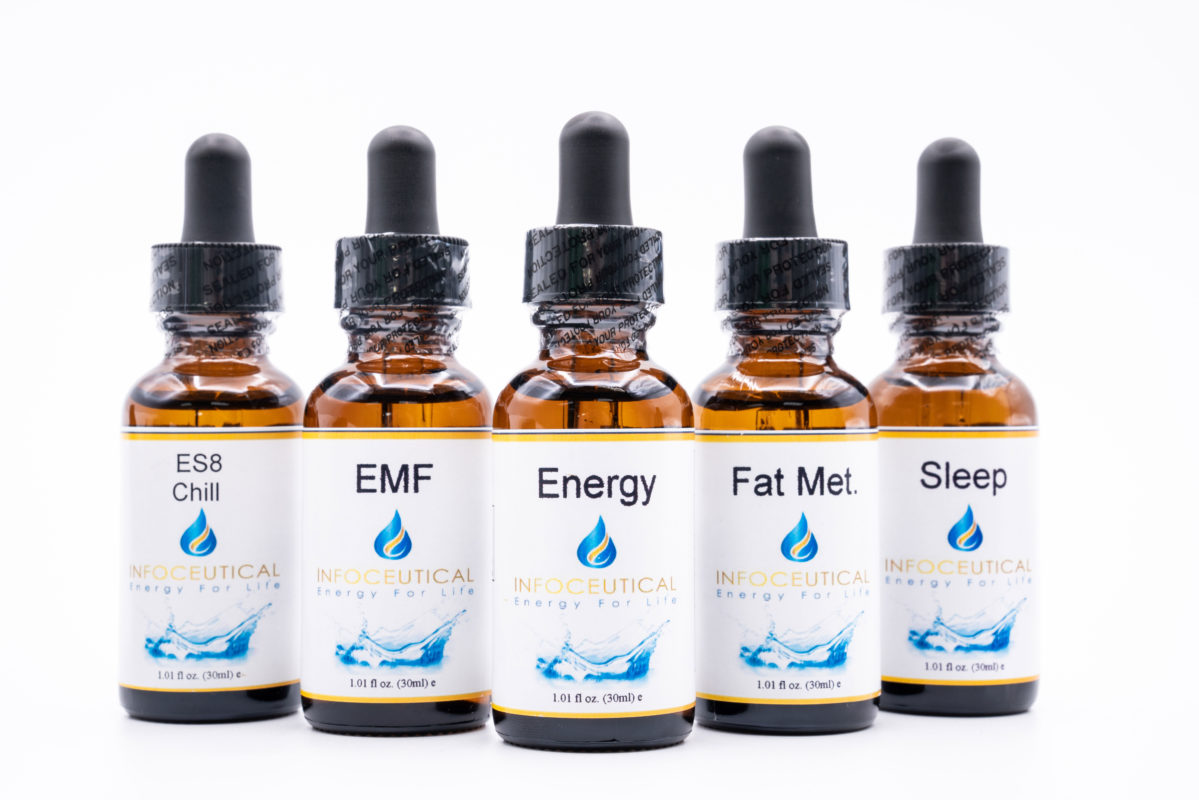 We offer a completely new, alternative and bioenergetic health care approach based on 21st century science, technology and quantum physics with personalized, holistic therapy solutions such as, NES body-field scan & therapy, miHealth biofeedback, PEMF therapy, Rife and Vibroacoustic (VAT) healing modalities that can restore optimal health and well-being throughout the body, mind and spirit in the most natural way.

Let us help you restore your health and energy!