Just like exposure to sunlight produces vitamin D in your body, the ground beneath your feet produces an electrical stimulus. Are you getting enough?

The next time you take a walk on a beach or through a patch of dew-kissed grass, try this simple experiment:

Take off your shoes and socks.

After a couple of minutes, see if you notice an unusual tingling or warmth radiating from your feet. How about a greater sense of well-being or a “feel-good” sensation?

If you do, it’s not your imagination...

These are all signs that you’re tapping into the tremendous power of the Earth’s energy.

Regardless of whether or not you feel anything, as long as there is direct skin contact, the Earth’s energy is flowing into your body.

A growing body of scientific evidence tells us that Earthing, or grounding, is real, and researchers are coming up with simple, nearly effortless ways to put this energy to work for you.

Where Does the Earth’s Energy Come From, and How Does It Impact You?

Think of the Earth as a giant battery (as it truly is) with its power continuously being recharged by lightning, radiation from the sun, and heat from its molten core.

When you’re in physical contact with the Earth, waves of energy – or free electrons – transfer to your body. Why is this important?

The Earth’s energy restores and maintains your body’s most natural electrical state.

Your body is a sophisticated electrical being with a multitude of electrical circuits. Your cells and organs require electrical energy to function properly. Fascinating, isn’t it?

Just about every tissue in your body is energized with electrical currents, including your immune system, nervous system, brain, muscles, heart, lungs, and even your behavior!

It’s only been in recent history that we’ve effectively shut ourselves off from the Earth’s energy.

Much of the modern world lives in insulated homes up off the ground, avoids sitting directly on the ground, and wears shoes with synthetic soles that cut off electrical connectivity with the Earth.

That wasn’t the case with our ancestors...

Early man maintained direct, nearly continuous contact with the Earth by living, sleeping, and sitting on the ground.

If they did wear foot coverings, they were crafted out of animal skins that didn’t disrupt the transfer of the Earth’s electrical energy.

Plastic, rubber, wood, and glass are all materials that insulate you from the flow of energy from the Earth – the very materials used in your home and shoes!

Today we live above the ground rather than on the ground. We’ve become disconnected from this important energy from the Earth.

Opening the Gates to the Earth’s Energy

Throughout time, civilizations have believed that Earth was sacred and that the ground held special healing energy.

According to Chinese tradition, Qi (“chee”) is the energy or natural force that fills the universe. A specific type of Qi, Earth Qi, is made up of lines and patterns of energy, and influences all living beings.

It’s thought that you absorb Earth Qi when you walk barefoot. That’s why traditional practices such as yoga, tai chi, and qigong are often practiced without shoes.

Traditional Chinese medicine believes that this Earth energy flows into a major acupuncture point on the front part of your sole, known as kidney 1 (K1).

This helps explain why these practitioners often envision “sending down roots” from the bottom of their feet into the Earth.

The K1 point connects to an energy channel that reaches many of your organs, including your liver, heart, lungs, and brain, and connects to your diaphragm and a central junction point in your back.

Today, the secret of grounding for performance is out among the professional athletic world. Many top athletes, including NFL football players, swimmers, triathletes, and motorcycle racers routinely take advantage of grounding to help them maintain their competitive edge.

Ground Yourself to the Earth Without Going Outside

Not everyone has the ability to go to the beach but even if you could, most of your day will still not be grounded.

Many of you are connected to your computer for many hours a day. Ideally this is a grounding opportunity where you can stand up on a grounding mat and actually improve your health rather than degenerate it.

And because it’s low profile enough to roll up compactly, you can take it along to the gym, your favorite yoga studio, or when you travel.

Simply plug its grounding cord into the third prong of an electric outlet to tap into your home’s or building’s ground wire. Make direct skin contact with the mat (black side up) and, presto... You’re grounded!

Work Out or Relax in Peace, Away From the Invisible Sea of EMFs

Whether you’re at home, or at work, or even at play, you’re surrounded by an invisible “sea” of human-generated electromagnetic frequencies, or EMFs.

If you live in North America, it’s next-to-impossible to escape the electrical power grid that’s constantly vibrating at 60 Hz.

The effects from EMFs – and the interference in your body – are highly personal. Some individuals are ultra-sensitive to EMFs and are more affected than others.

Here’s the potential problem with EMFs...

Electrons and other particles in your body can react with EMFs and produce unnatural disturbances, creating stress and other effects.

When you ground yourself during your workout – or even while you sleep or work – with a grounding mat, you’re helping to protect your body from EMFs.

Earth not only provides a source of beneficial electrons for your body, it also acts as a "shield" preventing potentially harmful electric fields – or electropollution – from creating disturbances in your body. Truly, a win-win!

Boost Your Performance, Help Quiet Your Mind and Soothe Your Body

You’re probably wondering by now how a seemingly simple mat can potentially offer so much for your mind and body...

It’s all about grounding.

There aren’t many other ways as simple as this one to take control of your health. 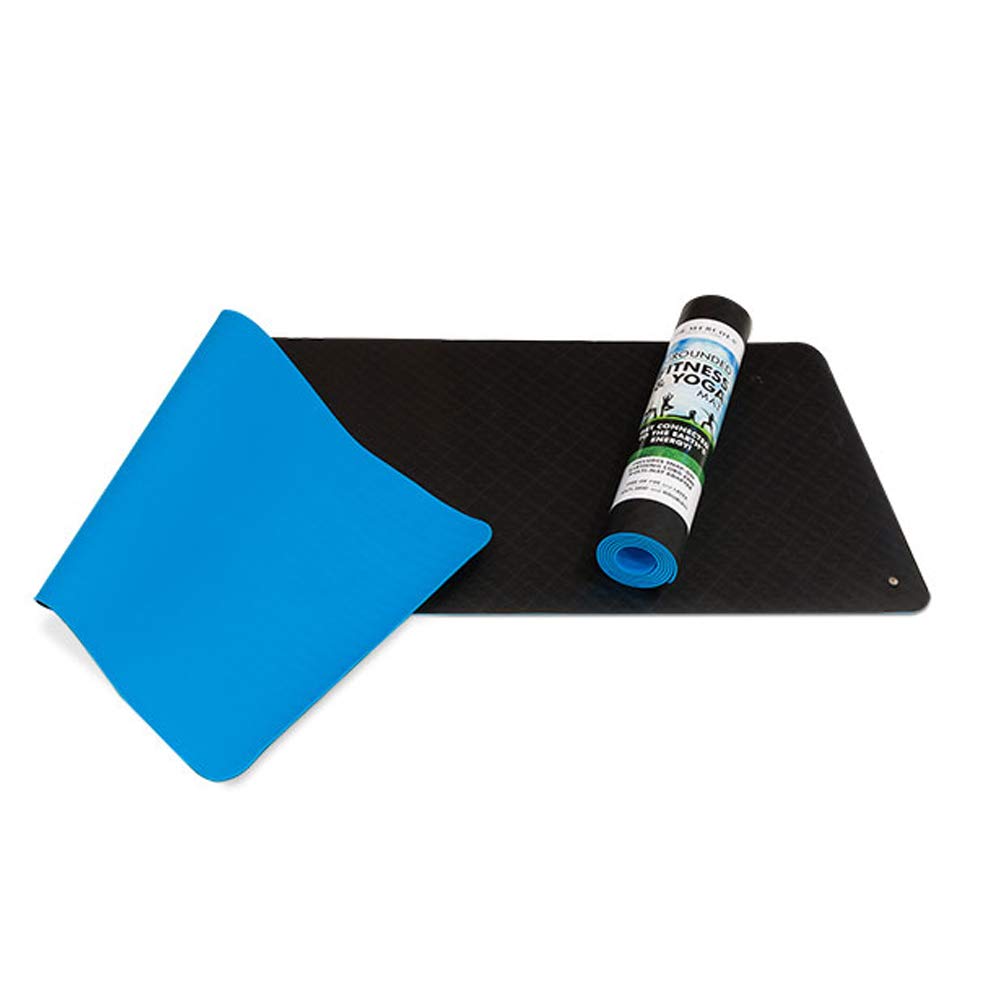 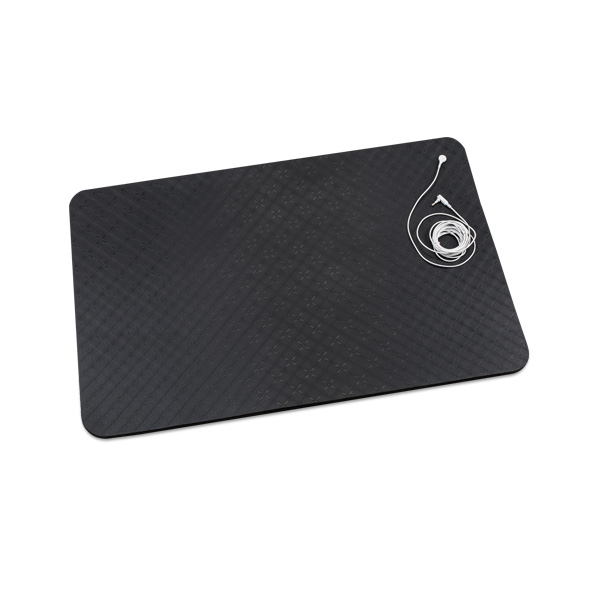 Properly connected, grounding effects start flowing your way in as little as 20 or 30 minutes! You don’t need to wait weeks or months to enjoy its potential benefits.