Conventional views only look at the chemistry of the body to see how energy moves. But chemistry cannot explain why it moves as it does. Nor can chemistry explain the speed of life – the ability for the body to coordinate extremely complex actions as a single unit, rather than relying on chemical messages to trigger the nervous system, which sends electricity along a discontinuous wire, which reaches the brain for a chemical response, which then sends out electricity along a discontinuous wire again, which then moves the body.

This isn’t to say that chemistry doesn’t play a role in communication, but that it is far too slow to conduct all the activity of the body, which requires an instantaneous communication system. And this is where we have to talk about “fields.” In quantum physics, “space” is not empty. It is a “field” that is teeming with waves of information. As these waves interact, they form patterns from which energy (particles) appears.

The new and revolutionary approach in health care is founded on the idea of assessing the state of the human body-field, focusing on why someone is struggling with their energy levels or overall health, rather than diagnosing people based on symptoms. After all, people with the same symptoms or medical diagnosis could be facing that situation for different underlying root causes. And in our view, the body has a remarkable ability to heal itself, if only it has the energy and information to do so and it is moving that energy correctly.

So, after decades of bioenergetic research, NES Health had mapped out how the body ideally communicates through fields. And by 2003, NES had developed a computer-based system to match their map against an individual’s body-field. In doing so, we are now able to explore how the body is powering the overall field (through what NES called Energetic Drivers) and how its communication system (Energetic Integrators) are moving that energy.

By looking at the physics underlying the biochemical nature of the body, we can now accurately read your body-field and tune it to engage the body's self-healing ability so that the body can more easily return to optimum function and health, in the most natural and safe way.

Find out in mere seconds what's impacting your energy levels and well-being, and gain deeper insight into your holographic self with our certified practitioners.

You'll be amazed by the incredible insight the scan reveals that becomes your blueprint for true healing of your mind, body and spirit!

Tell me more about how the Scan Works >>

When you are dealing with chronic, even complex and possibly long-term health issues, or would like to optimize your energy and performance, or are seeking a natural and effective approach to prevent serious health issues before they even occur, you have come to the right place.

If you are ready to experience this revolutionary bioenergetic wellness system derived by over 30 years of research, then we have an exciting offer for helping you restore your health and wellness! ...no matter where you are located.

Get Started Now With Our Total Wellness Bundles 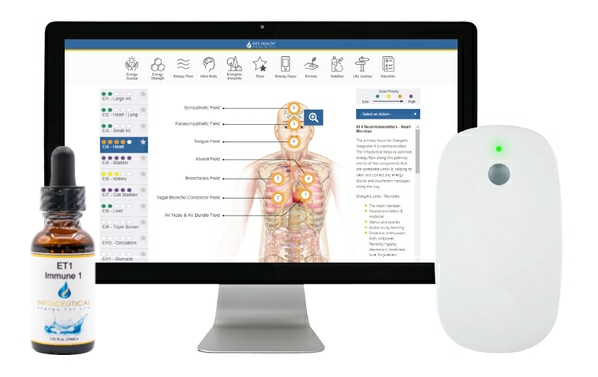 Our 'entry-level' Total Wellness Bundle with the revolutionary NES Scanner device included so you can start experiencing healing benefits at a comfortable price point. 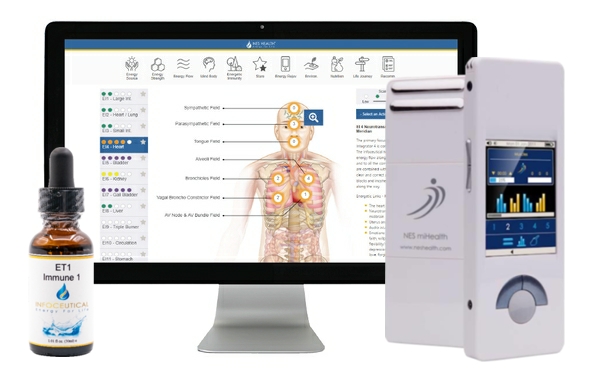 Our 'premium' Total Wellness Bundle with the award-wining NES miHealth device included so you can experience maximum healing benefits, and help you feel good in everyday situations.